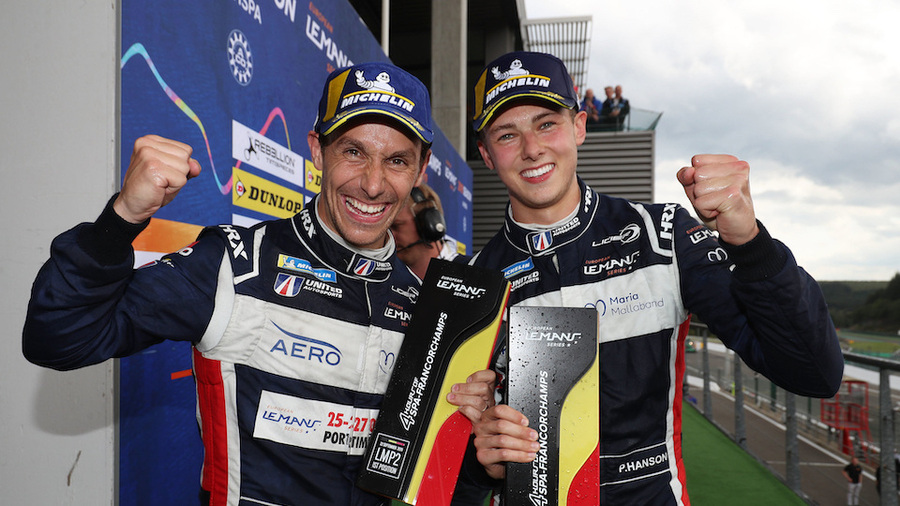 Phil Hanson remains with United Autosports for an assault on the 2020 European Le Mans Series title alongside regular co-driver Filipe Albuquerque. The duo, who have been team-mates since the start of the 2018 season, will race an Oreca 07.

Since switching from the Ligier chassis in which Phil claimed the 2018-19 Asian Le Mans Series title combined with three ELMS podiums – including two wins – the pair recorded five consecutive LMP2 front row starts, including two pole-positions, along with four consecutive podium finishes, including a win at Spa Francorchamps since July.

2020 marks Phil’s third full ELMS season having finished fifth (2018) and fourth (2019) in the LMP2 Driver’s standings. His 2020 ELMS programme will run alongside the remaining rounds of their FIA World Endurance Championship campaign, with the European season beginning in Barcelona, Spain at the end of March.

The next race for Phil is round four of the FIA WEC in Bahrain next month (13-14 December).

Phil said: “I’m super excited to be returning to the ELMS with United Autosports in 2020. It’s been a long campaign so far both in ELMS and WEC and I’m thrilled to be returning alongside my Portuguese teammate for my third full season of ELMS. We showed what we were capable of during the second half of the 2019 season with a win in Spa and a second in Portimão so I can’t wait to be back in the racing seat and working towards more success.”

Zak Brown, Team Owner and Chairman, United Autosports:
“I’m delighted Phil and Filipe are returning to the team for the 2020 season. They are a fantastic pair of guys to have as part of the team and they are a quick pairing so I’m excited to see what they can achieve next year.”

Richard Dean, Team Owner and Managing Director, United Autosports:
“2020 will be the third year we have run Phil and Filipe together in our ELMS LMP2 team and I am confident that next year will be their year. Phil has developed into a top-quality driver in his own right, yet he gives you the impression there is still much more to come, it is very exciting from somebody still so young. Filipe has to take so much credit for this development and indeed the development of our LMP2 team, he is a real professional and always working hard to create a positive environment. They have proven time and again that they are quick and reliable in a race car so there’s no reason why they can’t challenge for the championship. I’m very much looking forward to the season starting already.”

I’m super excited to be returning to the ELMS with United Autosports in 2020. It’s been a long campaign so far both in ELMS and WEC and I’m thrilled to be returning alongside my Portuguese teammate for my third full season of ELMS.

ELMS 2020 - IT'S ALL ABOUT WINNING THE CHAMPIONSHIP