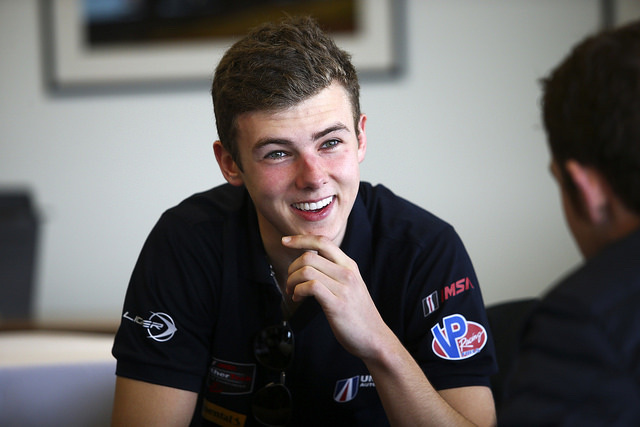 Phil Hanson has just taken part in the official European Le Mans Prologue (9-10 April) ahead of the season opener at Paul Ricard this coming weekend (15 April).

Although Phil’s co-driver for the ELMS series is Filipe Albuquerque in the #22 Ligier JS P217, Bruno Senna will be taking the seat for the Paul Ricard race, due to Filipe’s US racing commitments.

Also racing for United Autosports in the LMP2 class, alongside Phil and Bruno, will be Will Owen, Hugo de Sadeleer and Wayne Boyd in the #32 car.

Phil has now returned to the UK as he has an Economics exam back at school in London.

"It's great to be back out on European soil, as I’m much more familiar with the circuits. Racing in the States over the winter months has acted as excellent preparation for ELMS.

It’s definitely one of the strongest, if not the strongest, LMP2 grids ELMS has had, making it all the more exciting for me, especially returning this year to ELMS with United Autosports, who finished a close second last year.

The 2 day test has been a great way to start the (ELMS) season, and I’m hoping for it to continue on this strong form into the race this weekend itself.

I think the (Ligier) Aero upgrades have done their job. It looks like we have a quick car over the entire lap.”