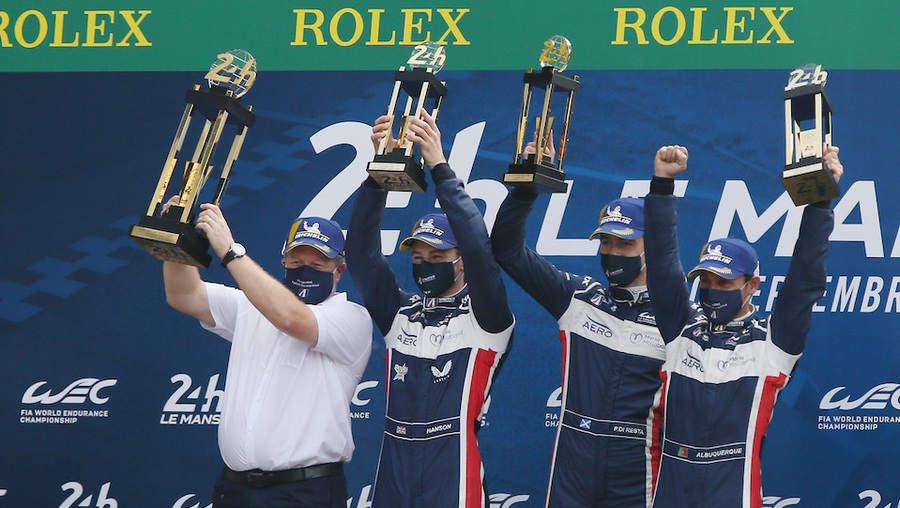 Their United Autosports Oreca started from pole-position on Saturday afternoon and was in contention for victory throughout, ultimately clocking 3,134-miles at an average speed of 130mph to earn the trio an LMP2 victory and fifth place overall.

Hanson, who had the honour of taking the chequered flag in the car, was competing in his fourth Le Mans 24 Hours and aiming to improve on a previous best fourth-place finish achieved last year.

Hanson earns the prestigious world LMP2 title in his first full WEC season having scored five podium top-three finishes in the previous six races – including consecutive wins in Bahrain, North America and Belgium. The final round of the eight-race series takes place in Bahrain on 14 November.

“It hasn’t really sunk in yet. It feels like such a relief as I thought we had thrown it away in the last 30 minutes with everything kicking off with the safety car and the slow zones, so it's so rewarding to get it done and to win the championship as well.

These are the two goals we set out to achieve at the start of the year and you are never 100% confident that you can achieve them as the grid is so competitive and anything can go wrong at Le Mans, especially in the style we did it in too – pitting right at the end and not knowing if we would make it out in the lead again or if the other car had to pit.

It makes it even more of a rewarding feeling. I’m speechless. I’m obviously hugely delighted to win the world’s greatest sportscar race at only my fourth attempt and at the same time, claim the LMP2 FIA World Endurance Championship title in my first full WEC season.”

A GREAT ACCOMPLISHMENT IN A VERY DIFFERENT TIME